In the early 1950’s, the U.S. Air Force faced a deadly dilemma. Despite having the latest cutting-edge technology in jet-powered aviation at their disposal, a growing number of highly qualified test pilots were dying in unexplained crashes.

Cadets were crashing during routine training, so the Air Force sought better training protocols.  The death tally continued to rise.  They turned to the technology – maybe there was a fatal glitch wired into the state-of-the-art aircrafts?  An exhaustive search yielded no technology flaws, so that theory was scratched. Perhaps simple human error?  The Air Force refused to believe that could be the case.

At the time, the Air Force had a rigorous process of selecting cadets, based on everything from age and height, to eyesight and education, to marital status and “honesty level.”  This strict selection process had been in place for decades and yielded what was considered a standardized, “average” pilot. The jet cockpits had been designed in the 1920’s based on the average measurements of hundreds of pilots, all of whom had met the same strict selection criteria. These measurements determined the dimensions for the size and shape of the seat, the distance to the pedals and the stick, the height of the control panel, and even the shape of the flight helmets.  The Air Force was so confident in its average pilot measurement theory, that it wasn’t until the mystery of the uncontrolled crashes had nowhere else to go that it analyzed the cockpit.  Even then, officials believed the only plausible design flaw was that the pilots in 1952 might be larger human beings than the pilots from the 1920’s.  To update the cockpit design to fit 1950’s average pilot specifications, the Air Force authorized the largest study of pilots to date, measuring more than 4,000 pilots on 140 dimensions—from height and arm length, to thumb size and distance between a pilot’s eye and ear.

One of the lead researchers in this study—Harvard statistician Lt. Gilbert Daniels—focused on the 10 most relevant physical traits for defining the new cockpit design. But Daniels was skeptical about the theory of designing for the average.  Instead of reporting the new “average pilot” dimensions to the engineering and design teams, he compared the new average to the individual pilots they had measured.

Of 4,063 pilots, not even one met the average of all 10 measurements. Daniels sought to simplify the data check: he limited his comparison to only 3 of the 10 measurements. Surely if the Air Force was building its whole cockpit design around this average pilot theory, the majority must fit within three measurement ranges.  Shockingly, Daniels’ data revealed that only 3.5% of the pilots fit the average range for the top three relevant cockpit measurements.

The findings were groundbreaking: In designing a cockpit to fit the average pilot, the Air Force had actually designed it to fit no one.

When Daniels reported his results, the Air Force was stunned but moved quickly to resolve the problem. It re-evaluated its cockpit design decisions of the past and issued a new mandate to aviation engineers and airplane manufacturers: build a cockpit that can be customized to each individual pilot. With the “customer” needs clearly defined, aerospace engineers were able to innovate a solution that was both cheap and easy to implement in the current aircraft designs.  They created adjustable seats, adjustable foot pedals, adjustable helmet straps, and even adjustable flight suits. Those innovations have since been implemented in consumer products and can be seen in something we take for granted every day: adjustable seats in vehicles.

No one could look back and deny that the original 1920’s aircraft engineers were innovators;  they designed amazing machines and pushed the boundaries of what was possible at that time. But their work was incomplete until the 1950’s when the innovation turned toward the customer. Until then, they were innovating for no one by trying to innovate for everyone.

Had the Air Force not adopted the mentality of fitting the plane to the pilot, instead of the pilot to the plane, it might have been able to maintain a small group of test pilots willing to risk fatal crashes for the chance to try something new.  But since the Air Force relied on voluntary enlistment, it would likely not have been able to recruit and maintain an entire force of men and women willing to pilot fleets of planes with an inexplicably high crash rate. Without focusing on the user, it could not successfully transition from test pilots to fighter pilots.

Likewise, listening to our customers and being prepared to implement changes based on their needs and demands is how we bridge the gap from early adopters to majority users. In today’s fickle and hyper-personalized market, we no longer have decades to shift to a customer-centric mindset. More than ever, we require what Lt. Daniels provided—individual user data that can fuel a more personalized customer experience—but to remain competitive, we must embrace that feedback and adapt to it at warp speed, even if it means disrupting our current approach. And while it might not mean life or death, designing for the customer experience can make the difference between success or failure for our next innovation.

“Likewise, listening to our customers and being prepared to implement changes based on their needs and demands is how we bridge the gap from early adopters to majority users.”

After all, we can design a cutting-edge product—even one that is desperately needed by our target demographic—but if we don’t build it with the customer in mind, it simply won’t fly.

Next up: We’ll look at an invention in the utility space that leveraged insight from a diverse cross-discipline team to create market value for an enterprise…and transform an entire industry. 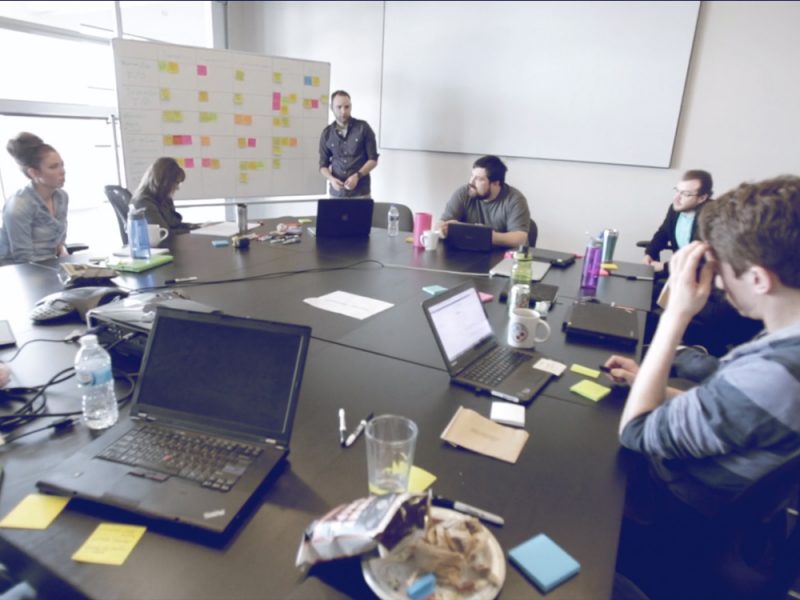