IoT, Smart Homes, and the High Price of Hesitation | Vectorform
Skip to content 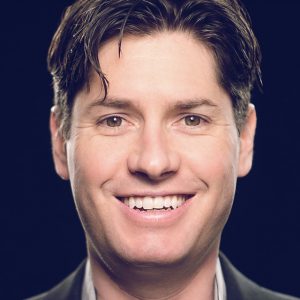 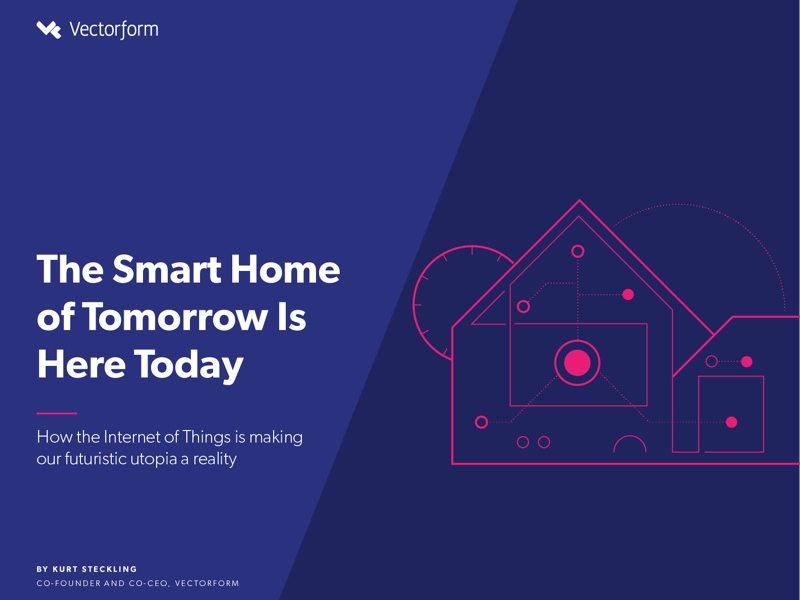 IoT, Smart Homes, and the High Price of Hesitation

IoT will add $14 trillion of economic value to the global economy by 2030, and with this much revenue growth at stake, now is the time to innovate. Read about the early providers making waves, and why there’s no time to wait to board the IoT boat. This is the final part of a three-part series on the rapid growth of smart homes.

The need to innovate is nothing new, but the need to bring products to market at breakneck speed is, and it’s only going to accelerate. The International Consumer Electronics Show (CES) and South by Southwest (SxSW) are excellent showplaces, but today’s marketplace leaves little time to bask in innovation for innovation’s sake. Moore’s Law demands ever-faster responses and is not kind to those who hesitate. The leading smart home providers know this, and they’re doing all they can to separate themselves from the pack. It’s a multi-pronged competition. As manufacturers introduce new smart features into their products, service providers vie to become the connection point of choice for them.

Google and Amazon are in a heated race to win the voice-activated revolution. Both want to provide the unifying force missing in today’s smart home market, which is currently hobbled by disparate manufacturers and products that don’t communicate with each other. Amazon’s Echo hit the market first and has sold more than 8 million units, but the company is too savvy to rest on its laurels. The company recently introduced Amazon Show, the first voice assistant speaker with a touchscreen, so you can watch videos, read recipes, video chat and more. Amazon also offers a Smart Home Team which makes house calls to walk consumers through making the most of their Echo connections, hoping to secure customer loyalty and embed their brand more deeply.1 Their Dash Replenishment Service can connect sensors in a wide range of smart devices and automatically order new supplies on the consumer’s behalf, promising they’ll never again run out of coffee pods, air filters, dog food, or dozens of other household staples. The service has already attracted a mix of 100+ legacy brands and newcomers alike, including GE, Honeywell, Samsung, Whirlpool, WePlenish, Petcube, and August. While Amazon is currently the de facto leader in the smart home market, its competitors are heavy hitters. Google Home launched last November, and though it can’t yet compete with the sheer number of Amazon Alexa skills, it does offer improvements in flexible phrasing delivering the customization and convenience smart home consumers crave. And with Apple jumping into the market with its newest HomeKit, the race between these three giants is sure to heat up further as 2017 unfolds.

The Smart Money Is on Early Providers

It’s estimated that there will be 100 million smart households across the globe this year, and that number is set to triple over the next ten years.2 With so much commotion in the smart home market, one thing remains clear: for connectors like Alexa and HomeKit to reach their potential, they need to partner with device manufacturers. There are already about 250 “Alexa-certified” devices and Amazon’s open-systems approach encourages rapid development of third-party applications. A new report from the World Economic Forum and Accenture says IoT will add $14 trillion of economic value to the global economy by 2030.3 With billions of revenue growth at stake, now is the time to determine which features to integrate, how to monetize them, and how to differentiate. It’s not an easy undertaking. But as the IoT market accelerates, appliance manufacturers must choose to build or buy their way in, as well as borrow additional expertise along the way.

“With billions of revenue growth at stake, now is the time to determine which features to integrate, how to monetize them, and how to differentiate.”

Companies choosing to build their IoT expertise in-house face their own set of challenges. They must dedicate significant resources to product development and design, and be ready to transform their approach to both. Consumers are increasingly demanding smarter, simpler products which work in harmony with their smart connectors of choice. Meeting this need requires engineering proficiency in a wide array of areas such as software, mechanical, electrical, fluid, and electronics. Certainly a tall order for any one manufacturer to fill, especially as speed to market becomes a more urgent concern. Building superior quality firmware and hardware which integrates nicely into your machines and can scale with back-end services is a solid start.

Leveraging outsourced organizations to help build out the capabilities and fill the gaps of your internal team can provide the speed and agility to take your product to market ahead of the competition. A recent collaboration between scenting technology company Prolitec, Ayla Networks, and Vectorform illustrates the power of partnerships in the IoT space. Prolitec’s choice of Ayla’s IoT and cloud services allowed Vectorform to quickly prototype, iterate, and execute hardware and software solutions offering both performance and scalability, producing a next-generation scenting system technology and a full-featured IoT system. Similarly, Smart Home Technology innovator digitalSTROM AG has partnered with Vectorform to integrate Amazon Echo into their Smart Home platform in a manner that understands user intents.

Think Outside the Lab

Leverage partners for ecosystem integration, and consumer feedback to steer product enhancements. Purely planning for isolated features within your own app is no longer enough. How consumers experience a product has become a critical point of differentiation. Fifteen years ago, no one “experienced” a refrigerator, they simply used it. But to stay competitive in the smart appliance landscape, manufacturers must translate consumer experiences and preferences into their appliances’ energy consumption, usability, capacity, and performance. And there’s simply no better way to hit the mark than by asking the market directly.

The consumer community isn’t shy about guiding product enhancements, and tech-savvy early adopters are particularly adept at letting manufacturers know where they need to improve.

“To stay competitive in the smart appliance landscape, manufacturers need to be able to translate consumer experiences and preferences into their appliances’ energy consumption, usability, capacity, and performance.”

Samsung took this approach to heart. After launching its audaciously priced $6,000 Family Hub refrigerator, the company listened to the market and used what they heard to refine the consumer experience based on the feedback of early adopters. The approach helped them launch a new 10-model lineup of Family Hub 2.0 just one year after the original premiered.

It’s a model which bears repeating. Innovation labs have their place, but only at the nascent stage of idea incubation. Smart home manufacturers need to let real people use their products in their homes and try to connect them with other smart items and service providers, and use consumers’ feedback to keep refining and reinventing to improve the future.  Field-tested innovation is still the bravest, fastest route to smart success.

The High Price of Hesitation

Companies who think they still have plenty of time to join the IoT revolution need to remember how history treats stragglers.

Kodak is used so often as a cautionary tale because its lesson is timeless. Kodak saw the digital shift as a “gimmick” that would never surpass the quality of film – and in the beginning, their skepticism seemed justified. When digital photography was first born to the consumer market, it was low-quality and cumbersome. Additional tools and cords were needed to transfer photos to a computer and email them, and editing was a rarity reserved for Photoshop geeks. Individual pixels seemed no match for the boundless quality of film. Even after Kodak hedged its bets by purchasing an online photo sharing site, it still watched from the sidelines as barriers fell, one after another: PC memory and processing power increased, the first mobile phones were launched, and then the first smart phones followed. Early adoption was slow, some new features seemed unnecessary, and Kodak felt safe in the pocket between early adoption and mass market.

We all know how the story ends. The sidelines were the most dangerous place for Kodak to be. By the time they fully acknowledged the smart phone “trend,” their opportunity had passed. The sidelines are still a precarious place. Companies waiting for the future of smart homes to fully arrive – for the market to become so saturated that they’re able to observe and benefit from other players’ missteps and successes—are already falling behind.

Get in the Game Before It’s Too Late

Soon, we won’t think twice about buying a smart appliance. Just like George Jetson’s talking alarm clock, the impossible will become the everyday. We’ve surpassed the point where routine interactions seem too burdensome. We want to simply speak to make things happen: unlock doors, play our favorite music, save energy, ship groceries to our doorstep. Odds are the kitchen of the future will entail all-in-one food storage and prep: speak a command and a machine makes your eggs just how you like them, while a toaster browns your bread to your preferred shade. Knowing how to scramble an egg will be akin to writing cursive or taking a grocery list to the store – a quaint anachronism making future generations wonder how we were ever smart enough to get by on our own.

Want to know more about where the smart home revolution is headed?

Vectorform is proud to help companies respond to IoT trends and proactively position themselves for success in the smart home market. I welcome you to subscribe to our newsletter where we share our thoughts on the latest innovations in Connected Homes, IoT, Mobile, AR, VR, Connected Vehicles, Wearables, and more. You can also contact us to continue the conversation around the smart home market. 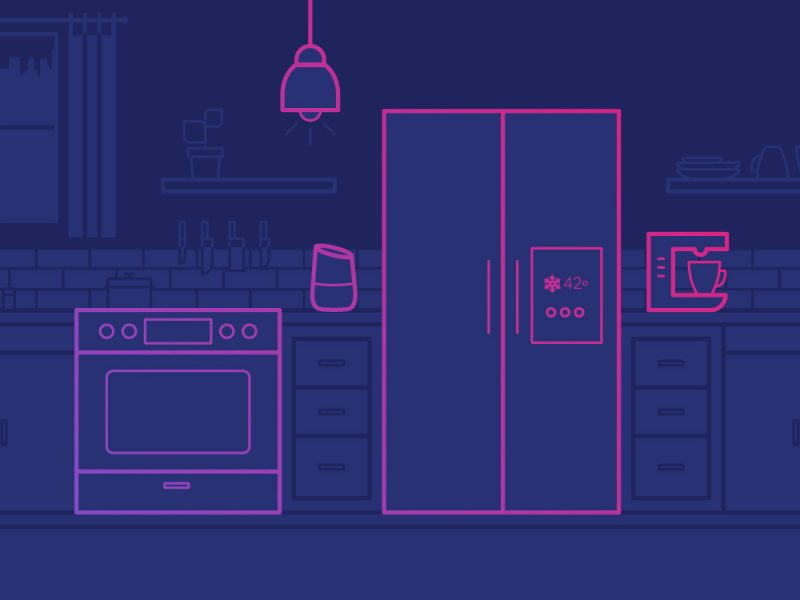 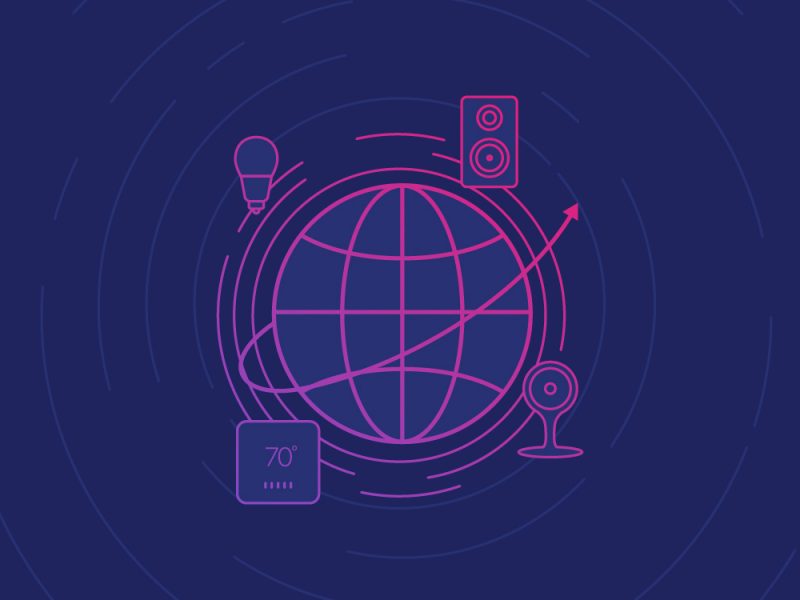 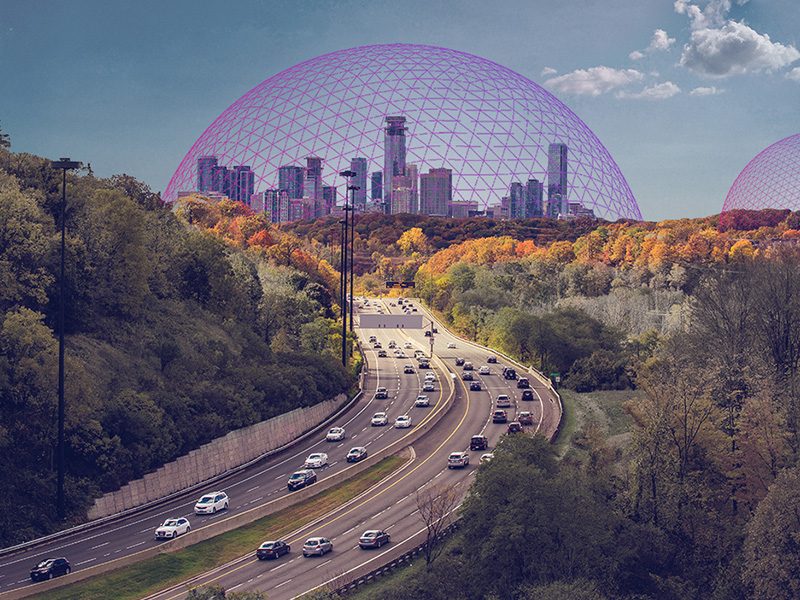