With a tight labor market, Vectorform — and many other companies — are wrestling with how to attract and retain employees.

When Jason Vazzano and Kurt Steckling started a new tech company in 1999, the best friends who tested disciplinary boundaries when they were in high school together wanted to create a company that they’d love working at: a fun, fast-paced place with few rules.

Eighteen years later, their enterprise, Vectorform, has about 150 employees with a headquarters in downtown Royal Oak where workers zip up and down the halls on motorized skateboards, play with Legos to get their creative juices flowing and gather nearly every Tuesday to play board games.

Workers wear what they want to the office, including pajamas, bring in their dogs — and sometimes just work from home. They set their own schedule, as long as they meet their deadlines and put in 40 hours a week, and they have an unlimited number of sick days.

Still, as enticing as that workplace may seem, the labor market is so tight now that Vectorform — and many other companies — are wrestling with how to attract and keep employees.

The challenge, Vazzano and Steckling said, comes partly from the fact that there a limited number of people who have the qualifications they need, and partly because their competitors also are trying to hire — and hire away — the same workers.

To entice workers, experts say employers need to do more than offer better pay and benefits — they also need to map out clear career paths, provide professional development, show sincere appreciation and project a sense of purpose that goes beyond the job.

The latest forecast from CareerBuilder, an online employment website, shows that 45% of employers nationwide plan to hire full-time, permanent employees in the second quarter. That’s the highest percentage for the quarter since 2007, up from 34% in the same period last year.

“It is the best — and highest number — in a decade,” said Juli Smith, president of Smith Consulting Group in Jackson. “Clearly, that is speaking to what’s going on in the marketplace and what I see as an executive recruiter and how incredibly tight the market is.”

Companies in nearly every industry, she said, are struggling to recruit and retain talent.

While there has been a lot of buzz about how tech companies are setting up spaces with ping-pong tables and video games to lure and keep workers, Smith said those benefits don’t appeal to every employee — nor are they appropriate for every kind of workplace.

“You aren’t going to find that in a law office, in a civil engineering firm, in a manufacturing plant,” she said.

To Smith, the most important thing that a company can do is determine “what is important to your own people.”

“It’s probably easier to keep the people that you have than it is to find people that you don’t —- and attract them when everyone else is competing for them,” she added. “But, there’s not one silver bullet for a strong retention plan. It has to be tailored and customized to your organization.”

At ITC Holdings, an electrical transmission company based in Plymouth, recruiting begins with the internship.

In the last 10 years, as the labor market tightened, the competition for employees, including engineers and other tech professionals, has become much more competitive, said Matt Dills, ITC’s chief human resources officer. ITC builds and maintains towers and wires that are used to transmit high-voltage electricity from power plants.

“Within in our sector,” Dills said, “we’ve faced labor challenges even when the labor market was quote-unquote a little more employer-friendly.”

To put just how competitive it is now into perspective, he said, ITC annually visits about a half-dozen college campuses to recruit engineering interns and employees. At Michigan Tech, for example, ITC is competing with other companies from all over the world just for internships.

“This is back in January and February, and we’re making offers to interns that early for the summer,” he said. “It’s also not unusual for companies — even in the middle of the internship process — to actually be making job offers, and that’s something that’s changed in the last couple of years.”

To make its offers attractive to candidates and to keep employees to stay, Dills said ITC offers competitive pay and benefits.

But, it also has been adding benefits that employees want: free physical screenings, free financial planning advice, and free legal services. It also has been doing more to promote efforts that help employees enjoy — and seek to protect — the environment.

In fact, he said, job candidates now often ask what the company does for the environment — and for the community.

Tina Kozak, the president of a Detroit public relations firm with about 25 employees, said workers, especially younger ones, want to know that they are doing important work — and have a clear path for advancement.

“We are very heavy on young professionals,” she said of her firm, Franco. “We’re more than half what you’d classify as a millennial workforce. What we see what they want, in addition to being paid and have job stability, is purpose — to feel that purpose in their work.”

To address this, she said, the firm encourages employees to join professional organizations and offers additional leadership training for people it has identified as high-performing and who may become managers in the firm within the next few years.

“We helping them develop skills, which is obviously also helping the agency,” she said. “Our people and our work are our most important products. But also, the focus on that helps us retain employees because they see we are investing in them and they want to stay, they want to do great work — it’s helping them visualize where they can be.”

For all the employees, she said, she tries to find out what their passions are and match that to the work they are doing.

“In addition to where they fit in the organization and our needs, we put a lot of focus on their development and try to connect the dots,” she said. “I tell them, ‘I cannot make any promises, but if you tell me you want to work on the Belle Isle account because you have fond memories of it from when you were a kid, I’ll do everything I can to put you on it to fulfill a purpose, and to have you do good work.’ ”

Kozak, who is 37, said that she begins talking about career trajectory as early as a candidate’s interview.

“There is really no limitation how far they can go in the agency,” she said. “If we’re bringing in the work and we’re working together for a common goal and vision, people can move quickly. I don’t hold anyone back. In a small business like ours, if someone performs at the next level, they get the promotion.”

At Vectorform, the founders said that the best way they know to recruit is by focusing on keeping the employees they have happy — and helping them develop. The best marketing, they said, is when employees tell others how much they like working there and want others to join them.

In many ways, John Buckenmeyer, a senior interactive designer, is evidence of that. He said he was recruited by one of his professors, who worked at the company. He was hired out of college — and after seven years and some promotions, is still there.

“I could tell I wasn’t going to be just stuck in a cubicle,” he recalled, wearing cargo shorts, sandals, and a “Star Wars” T-shirt. He sat comfortably at a computer surrounded by Legos, an electric guitar, and a variety of collectible toys. “It felt human.”

Since then, the 29-year-old said, he’s had offers to work other places for more pay.

But, he said, he turned them down because he’s comfortable at Vectorform, and the other companies just didn’t stand out to him as fun places to work where everyone was happy.

Money: As the unemployment rate goes down, wages and financial incentives go up. The tighter the labor market the more leverage new workers have to negotiate better compensation packages.  If a company doesn’t offer competitive compensation, its employees will take —​ and seek —​ jobs elsewhere.

Time: Workers increasingly want more control over  their own schedule. Whether it’s more holidays, more vacation days, more days off to spend with family and pursue passions or just a more flexible schedule, time is a benefit that workers —​ especially younger candidates —​ are seeking.

Support: Workers want to know how they fit in the organization, that the company is helping them fulfill their ambitions and they are appreciated. Ways to offer this: Training, personal mentoring, opportunities for structured —​ and clear —​ career advancement opportunities and awards.

Appreciation: Workers want gestures of appreciation that show their employer cares. They include phone calls, cards, handwritten notes, hard-to-get tickets and efforts particularly meaningful to the employee. They many be small or grand. What matters is the thought and sincerity behind it.

Mission: Many workers, especially younger ones, want to know that their work is meaningful and they are doing more than helping the company make money. Recruiters say questions candidates often ask: “What do you do to give back to the community?” They expect their employer to organize and offer volunteer and philanthropy opportunities. 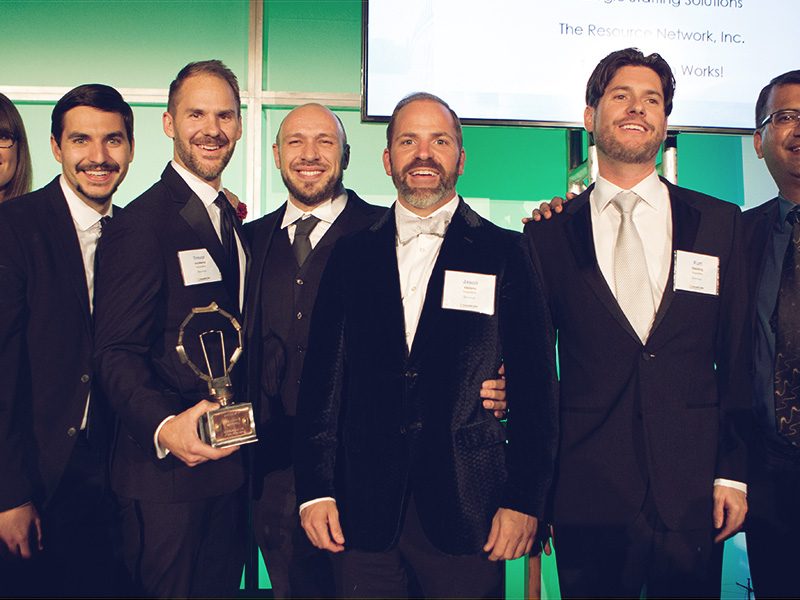