Vectorform New York started in a small office at 425 Keap Street in the up and coming neighborhood of Williamsburg in north Brooklyn.  At the time, barriers to entry in the neighborhood were much lower than they were today.  It was a very desirable location as it was a growing trend for startups and tech companies […]

Vectorform New York started in a small office at 425 Keap Street in the up and coming neighborhood of Williamsburg in north Brooklyn.  At the time, barriers to entry in the neighborhood were much lower than they were today.  It was a very desirable location as it was a growing trend for startups and tech companies to place an office in Williamsburg.  There’s something about this location that allows an escape from the fast life of the city, but still maintains the competitive vibe.  It’s a haven for creative minds and is now a world famous neighborhood.  Most employees would agree the location is an amazing asset to VF.  Since then the office has been relocated slightly northwest of the previous location to 190 North 10th St, now a much more convenient location for clients to visit, but still in the same neighborhood.

VF NYC started with 2 employees in 2008 and has grown quickly in recent years to 12.  The initial growth was most definitely sparked due the success of the Microsoft Surface (now PixelSense).  It put Vectorform on the map with our feature Poll Tracking application used during the 2008 election by MSNBC. Another big step in the growth of this office was the placement of Surfaces – loaded up with games such as Surface DJ and Gallactic Alliance – in the Sheraton in Midtown Manhattan. More recently, applications such as the New York Times Crossword Puzzle for Windows 8 have been at the forefront of the office success.

The culture in New York is much different than that of our other offices.  We have a smaller office located in one of the biggest cities in the world. Everyone knows everyone well, and due to our small group, we’re able to do things the other offices are unable to, such as company lunches with every employee.  We also have Lindsey Rosenburg’s dog, Maddie, who watches over us.  If it’s your first week starting at the office, beware!  Maddie knows if you’re new and will mark her territory!

We have a large number of favorite activities to choose from in New York: First and foremost we like to dine at different restaurants in the area together, which all are pretty amazing.  From time to time we will do company happy hours at a local beer garden, or have a VF Culture Event such paint balling in Long Island City.

It has been amazing to watch the office grow from roughly 6 in 2013 to 12 in 2014: It has led to a new energy fueled by friendships developed through close working relationships on exciting new projects!  We’re excited to continue our expansion with our recent additions to the company and look forward to contributing to the new projects in the VF pipeline for 2015.

Next up in the 15 year blog series…Part 6 – Munich Office. 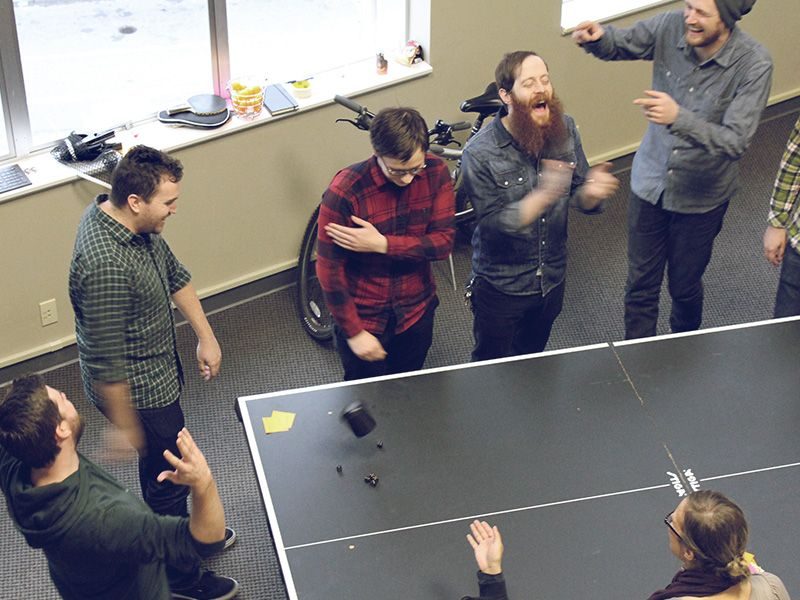