The Vectorform Seattle office as we know it opened in 2011 with just the voices of Ken Disbennett, Suzy Larson, Woody Floyd, and Zach Norton to echo in its “vault“ – the sweet spot in the office where designers and developers collaborate. Today, a lot more voices –  and all their ideas – bounce off […]

The Vectorform Seattle office as we know it opened in 2011 with just the voices of Ken Disbennett, Suzy Larson, Woody Floyd, and Zach Norton to echo in its “vault“ – the sweet spot in the office where designers and developers collaborate. Today, a lot more voices –  and all their ideas – bounce off its walls.

But there wasn’t always the ping-pong room to refresh our brains, the full kegerator to lubricate the flow of ideas, the homemade lighted sign to warm our walls with its festive glow of colors, or the vistas of Pike Place Market and Elliott Bay to welcome us in the morning and see us off in the evening. There was a job to be done and the determination to make something more of it.

Alison Weber, Florin Gale, and Johnny Diamond made their way to Seattle to support the growth of Microsoft  during the launch of Windows 7 in several initiatives. Windows Phone 7 quickly became 8, and shortly after joined forces with Windows 8.1 to introduce Universal Apps to the Microsoft ecosystem.  A long standing partnership with Microsoft Advertising explored multiplatform stories which also encompassed Xbox, Skype and MSN homepage.  Along the way, Vectorform has partnered on nearly 100 applications, including some of our own creation.

Today, a hearty mix of Pacific Northwest locals and transplants, as well as a few more recent Michigan immigrants – 14 in all – power the office’s engines on projects that extend beyond the platforms created in Redmond, reaching millions of users daily. How do we make it work? VF Seattle employees agree there are some surprising personalities who work alongside them, and entertaining and blending our curiosities is the secret sauce that only Vectorformers could bring to a project. From hunting to woodworking, to backpacking and gardening, a full spectrum of hobbies – and sources of inspiration – are represented in the relatively intimate space of VF Seattle.

“I feel like every time I pick someone’s brain, I learn something incredible, “ said interactive designer Alison Atwell. “We have a staff of mad scientists, musicians, athletes, inventors, writers, animal lovers, activists, mountaineers, cooks … and that’s just what they do in their spare time.”

Every addition to the VF Seattle family brings their own brand of creativity to the table: Sometimes they even build the table for us. Taylor Hanson and Woody Floyd – with the spare hands and tools of everyone else – remade “The Vault” in 2014 with new desks sourced from old gym flooring and bleachers from Seattle’s O’Dea High School.

Our hobbies are contagious, too. Developers Nick Thompson and Chris Schlyer take woodworking classes together, Vito DiMercurio fills the refrigerators with home-grown foods while Taylor Hanson fills it with his latest game. Josh Parmenter never hesitates to share new music we’ve never heard before, and Alison Atwell will always point you to the best hiking spots. Woody Floyd rallies the troops around new board games, and Neil Rhoades will talk Seattle sports until the Sonics come home.

We’re known for our busy hands and curious minds, but especially our curious palates. Eating and drinking is an art and science at VF Seattle, and potlucks aren’t events to be missed. To bring the local brews closer, some Vectorformers hacked a chest freezer, which poured its first beer in November of 2014, to accommodate a sixth-barrel keg. It’s a rare afternoon that the office doesn’t split a bottle of craft brew to taste and trade notes, and a co-worker celebrating the big 4-0 might expect to find a beer for each of their years waiting at their desk on that special day.

“The Seattle office is full of makers! They build their own work spaces, they take wood working classes, they bring in amazing mole for potlucks, they cure their own bacon, they brew their own beer, ” said Office Admin Sarah Matthews. “Everyone here is always involved in super fun projects at home and at work! It’s an inspiration to be around such incredibly creative people. My co-workers are teachers too. Want to know how to cure your own bacon? They will tell you!”

So what’s in VF Seattle’s future? We are still growing our team, looking for talented designers, developers, hobbyists, musicians, adventurers and risk takers to join our crew. We are expanding our network, excited to work with more Seattle businesses that share in our passion for building innovative and exciting new experiences. We are getting involved: speaking at SIC 2014 and supporting the next tedX Seattle is just the beginning.

Chances are we’ll take it on with a healthy dose of passion, experience, curiosity, playfulness, and even the companionship of a few office dogs.

Next up in the 15 year blog series…Part 5 – New York Office. 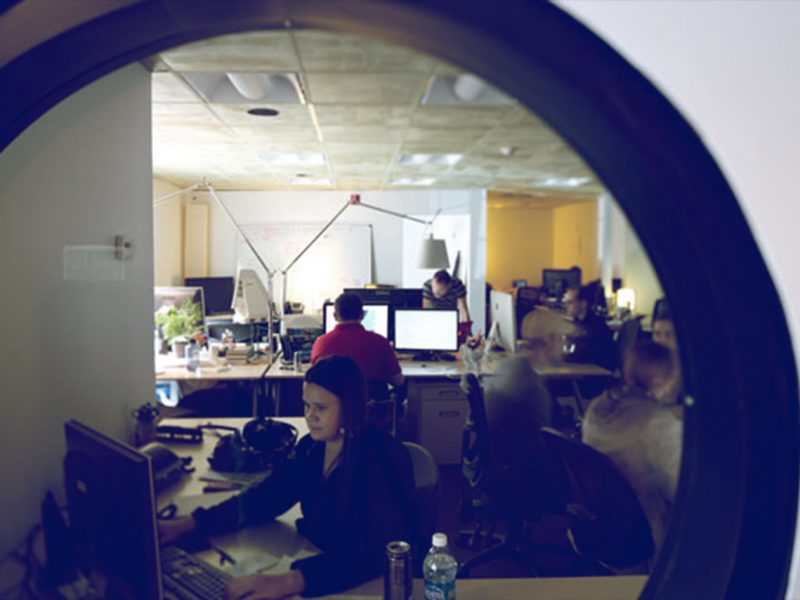 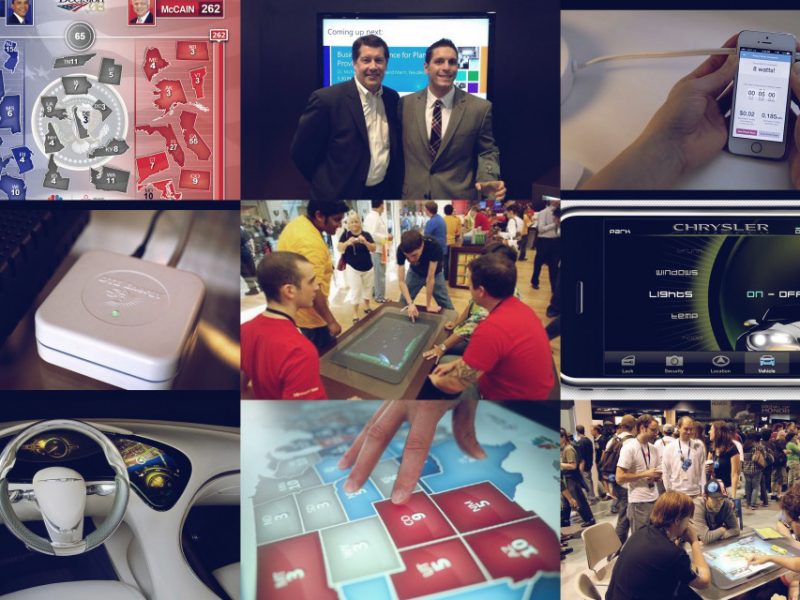